The current recruitment campaign is for recruits who will complete their training in the Curragh Camp and will also be stationed in the Curragh after they have qualified as a 2 and 3 Star Private.

The initial training is for 12 weeks with a further 12 weeks training required to progress. (6 months in total).

The intake of new recruits is scheduled for April 2023 and as all recruits require Garda Vetting, applications should be submitted online before mid February 2023.

Below are links for general information and the application link on the Curragh recruitment campaign, information on what level of fitness is required and information on the fitness test that applicants will need to pass. Included also: a link for candidates to practice the aptitude test and a link to the current rates of pay, with some frequently asked questions for your information.

There are a number of public information sessions planned for the county and will be advertised on County Kildare Leader Partnerships social media platforms as the dates are announced.

Who can apply for enlistment into the Defence Forces?

What circumstances would make a person ineligible for enlistment?

There are a number of situations that would make a person ineligible for enlistment in the Permanent and Reserve Defence Forces. Some examples of these are: – 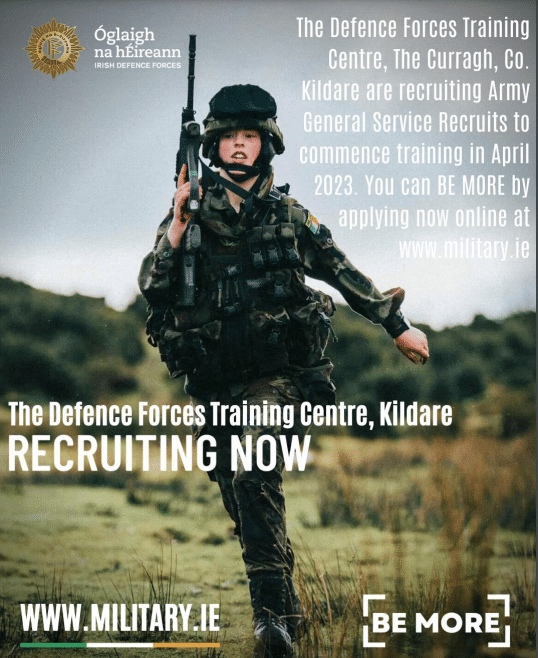